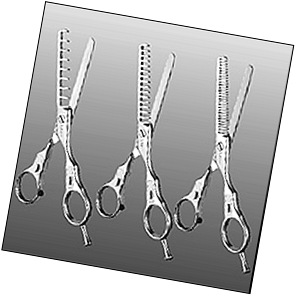 Thinning scissors are widely used on Asian hair around the world. As seen above they can vary on how much hair (weight) is taken out, depending on the spaces on the blade. One side has the teeth at varying widths while the other is a normal blade. The result of these scissors would look similar to this with varying widths: 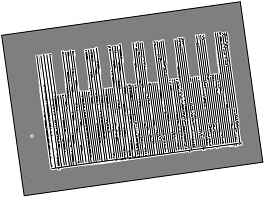 Personally I don’t like to use thinning scissors for a few different reasons:

1. It gives such a uniformal look (above) that it becomes TOO thinned out.

2. You have no control over how much hair is taken out (unlike using razors or scissors) therefore in areas that are already thin, it becomes flat and flyaway.

3. Hair becomes too lifeless as too much of the body is taken away not leaving enough fullness and lift in the hair.

4. Although I do think they are good for use with cutting dog hair : )