Came across another lady stylist worth mentioning that is at the top of her field, the field of top fashion show working backstage amongst all the top male stylists. Odile was featured in Allure magazine recently and I was impressed with her being among the top catwalk stylists. 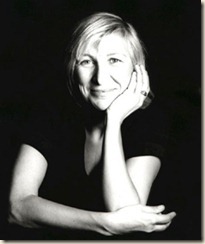 In France, the government awarded her with the honor of  Chevalier des Arts et des Lettres  distinction, included with other visionaries such as Tim Burton, Phillip Glass and Rudolph Nureyev. Top fashion designers favor her to do their creations for the runway and as well as doing ads for top make up companies, she also created Kirsten Dunsts looks in the movie Marie Antoinette.

Here are two of her creations featured in Allure magazine:
Pic 1 – To create this colorful chignon, Odile pinned pieces of wool swatches and cut up hats into the hair.
Pic 2 – For this romantic style, Odile gathered the hair over one shoulder and held it in place with a tiny braid and and an oversize comb.

Odile’s work has been displayed in museums from New York to Dallas. Says Odile..
“ Whenever I work with designer, I enter their universe – and I’d never create the same look for 2 different houses, If your known for just one look, it get boring.”
Some work for some fashions houses: 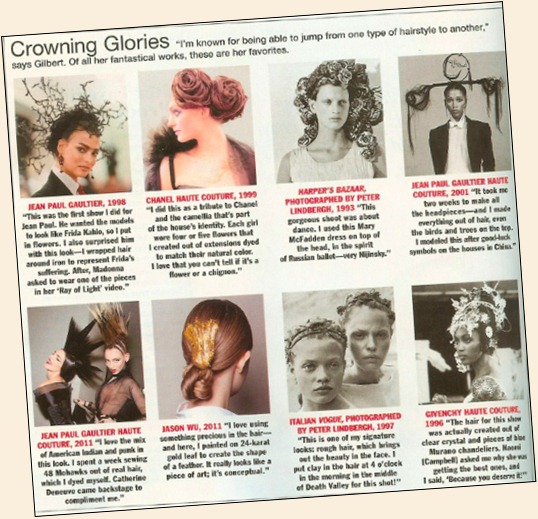